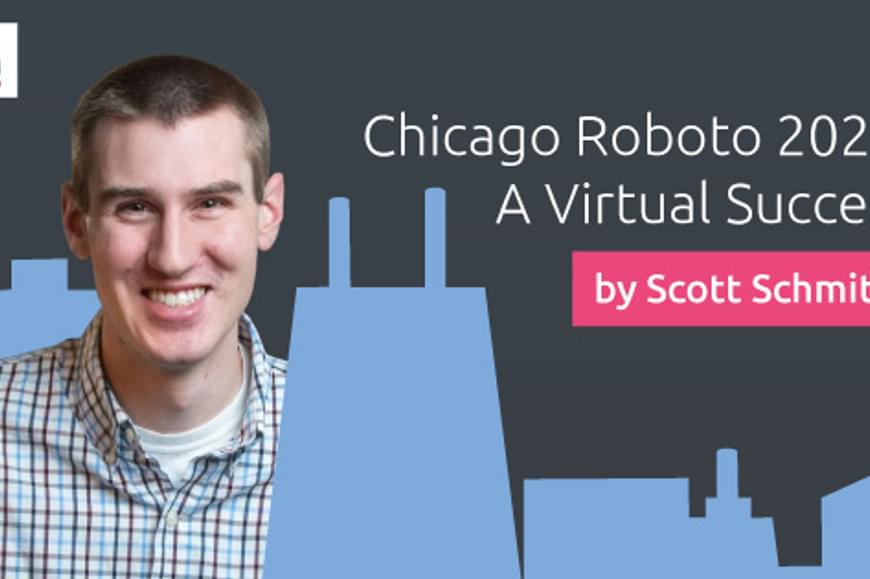 Looking back on last year’s Chicago Roboto, it was a great opportunity to learn while spending time hanging out with teammates. So, when it was announced that this year’s event was going to be virtual, it was hard not to be disappointed. Then again, with so many great speakers lined up, there was still plenty to look forward to.

What was I anticipating most? Without a doubt, Jetpack Compose. The official definition from Google: “Jetpack Compose is Android's modern toolkit for building native UI. It simplifies and accelerates UI development on Android.” As a side project, I had played around with it in the beginning of the year but found that it hadn’t progressed enough to fit into my workflow. Since then, they’ve taken several large steps forward, including a version of a RecyclerView.

Knowing this, I could hardly wait for the back-to-back sessions on Compose from Vishnu Rajeevan, then Ben Oberkfell. And just like that, I was back in. If you want a taste of what’s possible with Compose, I highly recommend watching their presentations. Though it’s not quite production-ready (currently in 0.1.0-dev14), I expect developers to quickly migrate away from the “old way” as declarative UI continues to take off.

What surprised me most was a talk that came up the next day. As a team, we rely heavily on Rx programming. With mobile development so dependent on being asynchronous, our apps are often in a state where a user has tapped their screen and now the app needs to do something on the network to show them the result. Seems simple enough in theory, but it quickly gets complicated.

For the most part, I have been happy with using Rx in our applications. The only flaw is how useful it can be. It reminds me of the expression: “To a man with a hammer, everything looks like a nail.” It seems like there’s an Observable for every property in your app and, before long, things get out of hand.

This takes us to coroutines. Though I had already been wanting to work with them more, Ryan Pierce’s talk on Kotlin Flow really drove home the point. As a matter of fact, I plan to go all in for my next project. I’m excited to see the impact coroutines will have on unit testing.

While Chicago Roboto was a shift from normal, it was still a success. I’m already looking forward to 2021—hopefully in person.

The Lowdown on Android Lint

Working Remote vs. In-Person. Is there a balance?

There’s a battle being waged around the world—a battle between companies all-in on working remotely and those who prefer the traditional model of showing up to work each day. Okay, maybe it's not quite a battle. But, in an increasingly connected world, a growing number of companies are struggling to decide if mobile is right for them.