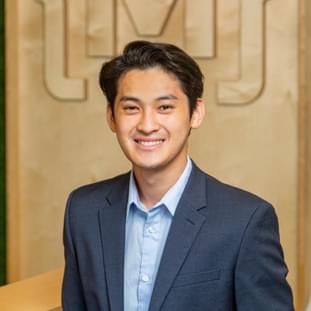 Previously oblivious to the world of coding, Ky’s interest in software development was piqued when he took a high school course on programming. Ky’s natural desire to work hard and finish all the tasks he starts lent well to the creativity and problem solving that programming requires. This class led him to pursue a degree in Computer Sciences at Michigan State University (MSU).

Previous to joining Michigan Software Labs as a software developer, Ky worked as a web developer at MSU, which allowed him to get a sense of what working as a developer entails.

Excited at the chance to develop close connections and learn from everyone here, Ky claims landing his internship at MichiganLabs as his best accomplishment. When asked what he is most excited about working at MichiganLabs, Ky states, “I saw that MSL had a robust team and aimed to help others, which is perfect because I dreamed of doing the same.”

Ky’s interests outside of software development include trying local food, seeking to find the best bites. He also enjoys spending time with friends, playing video games, and tennis. You might also be surprised to know that Ky is an avid shopper.