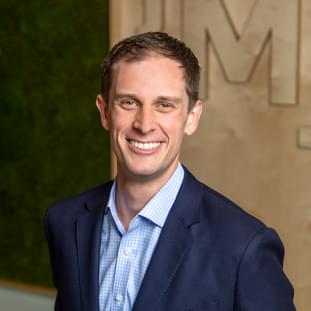 Josh’s love of technology has been apparent from an early age. When other kids were riding bikes, he was taking computers apart and putting them back together. Working with BASIC, he taught himself how to write code. While at Grand Valley State University, Josh organized and led a team for a national cyber defense competition.

After graduating from the GVSU Honors College in just three years, his next step was a master’s in Computer Science and Engineering from Michigan State University. To challenge himself, he developed a firewall fingerprint identification process as the basis of his thesis.

The few individuals accepted into the program rotate through the company and are groomed for making innovative contributions to GE’s future. Above all, the opportunity sparked his interest in the technical challenges of software, and how best to overcome them. He was ready to take the next step and open his own business.

Josh co-founded Michigan Software Labs in 2010. Since then, he has steadily assembled a technically advanced group of developers and designers who think about solving client challenges the way they would for themselves. This meant taking personal ownership of the work and digging deep to understand the nature of the problem. The empowering approach caught on. Today, MichiganLabs, as it has come to be known, is engaging with clients on a global level, in industries in industries ranging from automotive and logistics to technology and healthcare.

In his free time, Josh enjoys shagging golf balls and chasing after two exuberant children, alongside his wife, Leslie. His involvement in church includes serving as deacon for three years and overseeing an $8M budget in the role of treasurer. Josh was named a 40 under 40 winner from the Grand Rapids Business Journal.

Are You Solving the Right Problem?

In Art’s Principles, renowned architect Art Gensler described part of his Design Thinking consultation process as “finding the right problem to solve.” This resonated with me, particularly as I’ve thought about how Michigan Software Labs interacts with clients in the Product Strategy Phase; something I believe sets us apart from other software development companies.

Working Remote vs. In-Person. Is there a balance?

There’s a battle being waged around the world—a battle between companies all-in on working remotely and those who prefer the traditional model of showing up to work each day. Okay, maybe it's not quite a battle. But, in an increasingly connected world, a growing number of companies are struggling to decide if mobile is right for them.